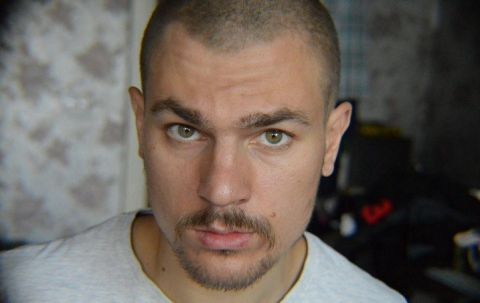 Dmitry Pchelintsev and Andrei Chernov, residents of Penza and suspects in the so-called Network case, have gone on hunger strike, claiming remand prison officials and FSB officers have intimidated them during their review of their criminal case file, something to which they are entitled by Russian law. Several Penza suspects in the case have claimed they have been put in solitary confinement, handcuffed to radiators, and threatened with violance.

Pchelintsev and Chernov went on hunger strike on November 29, as reported by the Parents Network, a support group established by the mothers and fathers of the young men, who have been accused of involvement in a “terrorist community” that, allegedly, was planning an armed uprising during the March 2018 presidential election and 2018 FIFA World Cup, held in Russia this past summer.

It was on November 29 that wardens put Pchelintsev in solitary, demanding he admit to breaking the rules by talking with other inmates during yard time. He responded by going on hunger strike, and Chernov joined him as a token of support and solidarity. On November 30, wardens again tried to bargain with Pchelintsev and threaten him.

The Parents Network notes that the pressure on their sons has increased now that the suspects are officially reviewing the case file.

Lawyer Anatoly Vakhterov told the group that Network case suspect Ilya Shakursky had been been visited by Penza Remand Prison Warden Oleg Iskhanov, who asked him how quickly he was reviewing the file. On November 20, immediately after the incident, Shakursky was reprimanded for greeting other inmates during yard time. The alleged violation was written up, and the same day Shakursky was issued a special uniform for his upcoming stint in solitary confinement. He managed to avoid going there by filing a complaint with Penza Regional Prosecutor Natalya Kantserova.

Earlier, Maxim Ivankin spent five days in solitary. This was proceeded by a visit from Warden Iskhanov, who likewise asked Ivankin how quickly he was reviewing the case file.

As the defense lawyers explained to the Parents Network, the suspects had been reviewing the case file not only at the remand prison but also at the local FSB office. Under Russian law, suspects may review case files for up to eight hours a day. Allegedly, the Network suspects were handcuffed to radiators and stairway railings the entire time. Vasily Kuksov and Arman Sagynbayev were handcuffed to each other. As the Parents Network has noted, the suspects not only experienced physical discomfort but were also unable to examine the case file freely and take notes.

Shakursky and Pchelintsev refused to go through the procedure in such conditions. In turn, they were threatened with violence. According to them, the man who threatened them was a certain A. Pyatachkov, who had been involved in torturing them when they were initially detained in the autumn of 2017.

Mikhail Kulkov said that after handcuffing him to the staircase, FSB officers videotaped him. As they filmed him, they said, “Look at Network terrorists reviewing the case file.”

The suspects requested their lawyers be present during the review. Consequently, the authorities stopped taking them to the FSB office. Currently, all case file materials are brought directly to the remand prison.

“Obviously, all these measures are methods of mental and physical violence,” argues Vakterov. “There are signs that the group of FSB investigators, led by Senior Investigator Valery Tokarev, have been putting pressure on the suspects. Why? To speed up the review process and make it impossible to verify the complaints of torture made by the suspects. They want to intimidate the lads, who are fighting back any way they can under the circumstances.”

These events have spurred the Parents Network to issue a communique, which we publish here in an abridged version.

We, the parents of the suspects in the Penza Case, bear witness to the numerous violations suffered by our children during their review of the case file.

To avoid allowing the time necessary to investigate the claims made by our sons that they were tortured by FSB officers, the group of investigators, led by Valery Tokarev, has done everything possible to speed up the process of reviewing the Network case file. To this end, the investigators have engaged in daily acts of emotional and physical violence against the suspects, to wit:

We speak constantly of incidents of torture. They say there is no smoke without fire. We are unfamiliar with the contents of the criminal investigative case file due to the nondisclosure agreement signed by all the defense lawyers. If our children have violated the law, they will answer to society to the full extent of the law. In the present circumstances, however, they are unable to answer to society. They answer to people who believe that physical violence, beatings, and electric shock torture can be legally used to make other people’s lives conform to the canons and stories that will get them new assignments and promotions.

It is impossible to defend the rights of our sons in the current circumstances. We cannot prove they were tortured. We have exhausted all the legal resources we have in Russia. But we, our sons, the Public Monitoring Commissions, reporters, civil rights activists, and politicians must and will go on fighting for the sake of one big goal: making the Russian legal and justice system more humane.

We call on Russian Federal Human Rights Ombusdman Tatyana Moskalkova, Mikhail Fedotov, chair of the Presidential Council for Civil Society and Human  Rights, and Yevgeny Myslovsky, a member of the council, to visit the Penza Case suspects. You are our last hope for help in combating torture in Russia. This joint task is our primary responsibility to society.

As we face the inevitability of double-digit sentences for our sons, we hope that all of us will have someone whose example will inspire us. It will be not the people who tortured our sons. Then none of this would make any sense at all.

The lawyers of the Penza suspects in the Network case say their clients have reached out to Tatyana Moskalkova and Mikhail Fedotov, asking them to visit and requesting their help in investigating the incidents of torture. Moskalkova and Fedotov have not yet replied to their appeals, although in November a member of the Presidential Council for Civil Society and Human Rights did visit the Petersburg suspects in the Network case.

What can you do to support the Penza and Petersburg antifascists and anarchists tortured and imprisoned by the FSB?