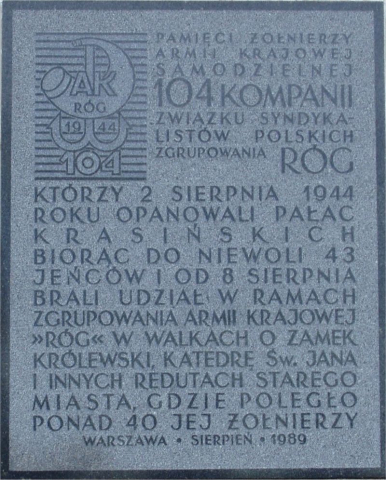 The results of the first 30 years of “democracy” in Ukraine are, to put it mildly, unconvincing. The economy and the media are in the hands of rival oligarchs, corruption is at staggering levels, economic development lags behind many African countries, and in addition, the country has become the center of the neo-Nazi movement around the world. And these problems are basically home-grown, not the result of the Kremlin’s intrigues.

Yet, the alternative is even worse. Putin is not just the gendarme of Europe, but the gendarme of the whole world —from Syria to Myanmar, whenever a dictator tortures and kills thousands of his own people, Putin is there to support him. There are no elections in Russia anymore. Even the most moderate attempts to change something results in criminal cases and persecutions.

I do not believe that the result of this, yet another, round of threatening declarations and building up pressure is a full-scale war. But as the conflict is not disappearing, a full scale war may start after 5-10 years, even as a result of a cycle of escalation, even if no-one really wants it. And in case of a full-scale war, we should be on the Ukrainian side. As Malatesta said,  “For me there is no doubt that the worst of democracies is always preferable, if only from the educational point of view, than the best of dictatorships.”*. Neutrality in a war between Ukraine and Russia would mean neutrality in an invasion of a democracy by a dictatorship.

I may not take seriously leftists that declare that «they are against any kind of imperialism in Ukraine, American or Russian». Obviously, American imperialism exists, for example in Iraq and Central America, but not in Ukraine. Nato and USA have de-facto agreed to give Ukraine to the Russian sphere of influence. Whatever military or other aid Ukraine has received, it is not enough to stop a theoretical invasion. No-one would send military detachments to support Ukraine in case of an invasion.

What does «no war but a class war mean»?

Most participators of the Warsaw ghetto uprising were Zionists. But they were joined by internationalist fighters of the Bund organisation,  anarchists of that time,  who did not declare that «we are against both German nationalism and imperialism of the Nazis, and against Jewish nationalism and imperialism of the ghetto uprising». When the French military murdered tens of thousands of mostly random people in Algeria, French anarcho-communists did not declare that they are «Against French and Algerian nationalism». Instead, they provided concrete support to Algerian rebels. This support was met with repression and prison sentences, consequently French anarcho-communism was completely crushed. When Israel is stealing Palestinian fields and demolishing homes, anarchist do not declare that «we are against both Israeli and Palestinian nationalism», but rally against expulsions together with Palestinians.

Results of an unlikely, but possible, Russian occupation of Ukraine would be a collaborationist regime, massive repression (including destruction of the whole anarchist movement) and cancelling of all civil liberties. «No war but a Class War» does not mean that anarchists should maintain neutrality in case of an occupation. It means that anarchists are opposed to aggressive wars.

Resistance against Russian aggression is not only in the interests of the working class in Ukraine, but also in the interests of the working class in Russia. As for the Nazis, their core idea is just bootlicking, and in case of occupation, some of them will find themselves in the role of Quislings. As for anarchists, in case of a full-scale invasion, a troop of 50 anarchists with firecrackers and slingshots would look ridiculous. The regular army of Ukraine may not defeat Russia, but it may cause losses of thousands, or even hundreds of thousands of people. Thus, during the first phase of a theoretical invasion, the regular army should be supported. And with this, I do not mean that anarchists should give up their right to criticize decisions of the government or army HQ, or to not maintain as high of a degree of autonomy as possible.

After the first phase of theoretical invasion, there are several scenarios. Civil resistance such as strikes could be possible, but in «Peoples republics» of Donbass these have been ruthlessly repressed, which could also be the case with a Russian occupation, leaving only the possibility of armed struggle.  In case there is no unitary resistance organisation, it may be that anarchists should act autonomously. But in case there is such a strong resistance organisation as the Polish Home Army during the Second world war, anarchists should cooperate with it. This was also the choice made by Polish syndicalists of the ZSP, who took part in the Warsaw uprising.

During the second world war, anarchists in practically every Nazi occupied European country, cooperated with the «mainstream» resistance movement, although these were controlled by stalinists or bourgeois nationalists. In France, anarchist refugees from Spanish CNT joined the Free France army, lead by general de Gaulle, and eventually ended up liberating Paris — but only because the allied leadership was so racist, they demanded that the first to enter the Paris should be white soldiers, and not the black soldiers from African French colonies, who formed the majority of the Free France forces.

In Russia, anarchists have been compelled to criticize myths around the «Victory Day». Obviously, in some regions, such as Chechnya, Stalin was no better than Hitler. But in almost all of the countries occupied by Nazis, anarchists and anti-authoritarians cooperated with the Allies. Only exception known to me is the Dutch Marx-Lenin-Luxemburg Front, which developed from Trotskyism towards council communism. It was a small underground organisation with few dozens or hundreds of members, and they refused to cooperate with the «mainstream» resistance. The MLL Front was equally against Great Britain and the Nazis, and also made calls «to not defend the Soviet Union» against Nazi invasion. In 1942 Nazists cought and shot the whole leadership of the organisation. Their very principled position did not make much difference.  Less principled anti-authoritarians fared somewhat better. For example, Italian anarchist partisans liberated the city of Carrara, which then became a strong center of the anarchist movement. Nowhere did veterans of the anarchist resistance manage to regain the scale of the movement to the level that it was before the World War, but it is unlikely that this was due to «unprincipled» cooperation with the «bourgeois» allies.

Ethics is usually discussed only from an individual point of view, but from an immediate perspective, actions of both the MLL Front and the French anarcho-communists of the 50s were a failure. There is hardly any conclusion that could be made from a Kantian categorical imperative either – these were particular situations without perspectives of creating a universal moral rule. But revolutionary ethics does not have only individual perspectives, but also perspectives of the working class, and that of revolutionary organising. Revolutionary choices may result in immediate defeats, but this is not just a tragedy, if revolutionaries were on the right side of history. French anarcho-communists were on the right side of history, as they contributed to the destruction of  colonialism. MLL Front, however, was not, as they rejected anti-fascist struggle. Yet, in their defence it must be said that they probably did not have the full picture about the horrors of the Nazi regime.

Same may not be said about the modern day ultra-leftists and neo-council communists, and anarchists who share their concepts. Council communist theory was created in the 1930’s, and was not updated after experiences of the holocaust, second world war, or the anti-fascist resistance that they reject. Ultra-leftist theory is consistent in its rejection of the perspective of revolutionary organising: for the ultra-left there is no such thing as revolutionary organising, as there is only the working class that organises itself when the time is ripe. As there is no necessity of revolutionary organising, there is no need for any civil rights that would make revolutionary organising possible, or even human rights, for the matter. For ultra-leftists, there are no other human rights apart from communism. Communism is as far from Ukraine as it is from the separatist regions of Eastern Ukraine, so occupation is just as good or bad as the bourgeois parliamentary system. Thus ultra-leftists may as well call Ukrainian soldiers to desert in case of an invasion. An ultra-leftist does not care about anarchists or other activists getting tortured or disappearing to the basements of the occupiers, as activists are useless anyway. These ultra-left concepts are not only popular among the few self-described ultra-leftists of today, but also among all the anti-organisationalist anarchists, which has been the mainstream of the anarchist movement at least since the Greek uprising of 2008. Anti-organisationalist anarchist concepts are often indistinguishable from council communists and the ultra-left, as the former draws heavily from the 1930’s council communism via heritage of the Situationist International.

In contrast to the ultra-leftists and anti-organisational anarchists, supporters of anarchist activism and organising may never face with indifference the prospect of a complete destruction of their movement, which would be the result of the Russian occupation. Obviously, activist anarchists also should not have any illusions of the consequences of a victory over Russian occupation. In case occupation were to be beaten by the resistance, victory would not result in a social revolution, but return to the situation of early 2014 in Ukraine, and perhaps to year 1991 in Russia. That is, situation of possibility for revolutionary organising, rather than its complete suppression.

But these are all historical curiosities. Russian occupation of Ukraine is currently unlikely, and it is generally impossible to choose a «correct position» from all the possible future scenarios.

In case of an unlikely full-scale invasion, the goal would be to thwart Russian advance and to cause maximum losses to the invading army, both during the initial phase of frontal war and in the following guerilla warfare. I think there is a good chance that the occupied Ukraine would be ungovernable. Thus the economic and human cost of the Ukrainian invasion could eventually bring down the entire Putinist regime. In contrast, the Chechen, Syrian and Georgian invasions, for example, were relatively cheap in terms of human losses and economic costs, and were therefore never that unpopular in Russia.

And there are several demands that should be raised here and now. For example, Germany, and possibly also Finland, are currently actively preventing Ukraine from gaining arms. It is not surprising that EU citizens are not eager to go to war for Ukraine, and the Ukrainian government does not have the finances to build an army that would match Russia’s. But by refusing even those small sales that the Ukrainian government might afford is just playing to the hands of the Kreml. Antiauthoritarians in Russia should oppose aggressive posturing of Kreml, and antiauthoritarians in the European Union should oppose attempts to sabotage Ukraine’s self-defence.

*) Bakunin has a similar, but less cited quote.