Anarchist Dmitry Buchenkov: "I was arrested for my political convictions" 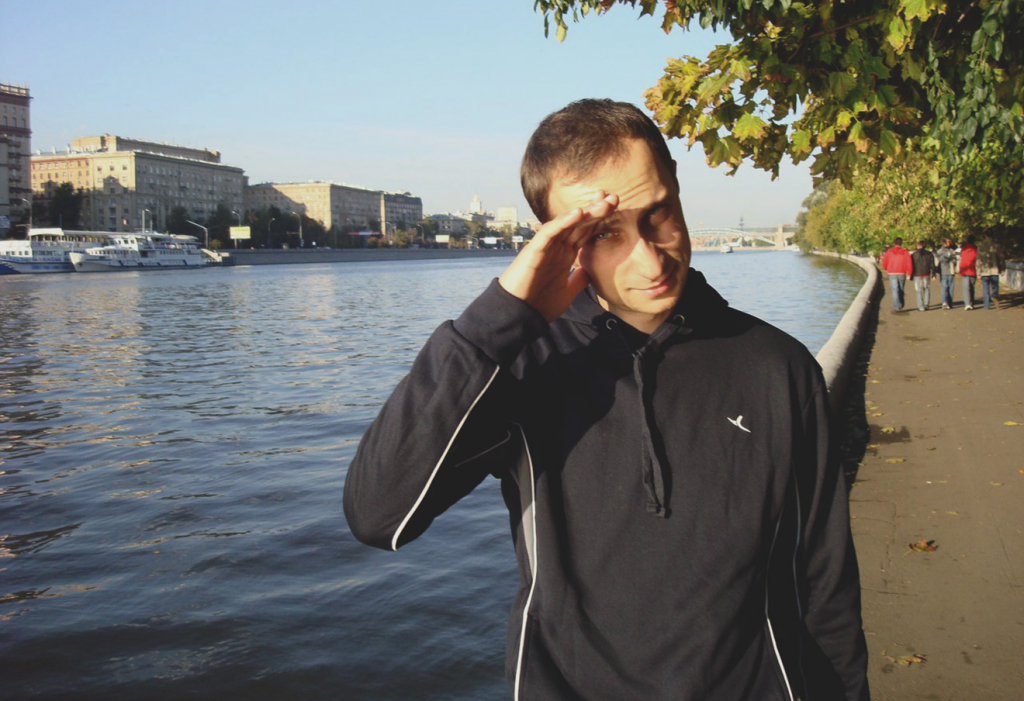 Human rights activists found the new person involved in "Bolotnaya Square case" who was looked for four days by relatives and the lawyer. I remember how three years ago we counted arrested of "bolotnik": the first, the second, thirteenth, eighteenth. Then some of arrested were released — it appeared that they have an alibi and on Bolotnaya Square on May 6 they weren't. Then trials of those who really was on Bolotnaya Square, but those crimes which were charged began, didn't make at all — that is police officers didn't beat, to them didn't hurt, and only protected from them those whom police officers rigidly detained.

The first "marsh process", the second, Udaltsov and Razvozzhayev's process. Amnesty, release of the "bolotnik" condemned the first, expectation of the end of term at those who serves the sentence in a colony.

But "Bolotnaya Square case" and truth the rubber. Yet trial at, appear, last person involved — Ivan of Nepomnyashchy didn't end — as there were searches at Dmitry Buchenkov, the 37-year-old associate professor of history of medicine.

On December 2 Basmanny Court arrested him on a charge of participation in mass riots and disobedience to the police officer.

Buchenkov after a search in the Moscow apartment was brought to Investigative committee where it very quickly turned from the witness in the accused. In the presence of the state lawyer carried out a confrontation with the police officer and though since May 6, 2012 passed more than three years and the police officer was that day in a helmet, it as it appeared, perfectly remembered Buchenkov — and identified it as the demonstrator who showed it resistance.

Then there was a fast court about which the investigator didn't report to neither relatives, nor Buchenkov's lawyer Svetlana Sidorkina who warned a consequence that signed the contract with relatives of the accused. She absolutely incidentally learned that in Basmanny Court of her client arrested for two months, and some days looked for it on all Moscow pre-trial detention centers.

On Sunday December 6 members of PMC found new "bolotnik" in IVS on Petrovka.

Dmitry told that on Friday him brought out of the camera on the fifth floor where in one of office offices field investigators from the Center "E" talked to it.

"It were the same field investigators who were present on a search at the Moscow apartment (the staff of Investigative committee carried out one more search in Nizhny Novgorod, in the apartment of parents of Buchenkov. — Open Russia). Field investigators wanted that I gave confession, and promised that if I won't think again, on Monday other employees will come, and conversation will be much more rigid — Dmitry spoke to human rights activists. — But what I can admit? I after all wasn't on Bolotnaya Square on May 6, 2012. That day I was in Nizhny Novgorod and in order that I could prove the alibi, I very need the lawyer".

Buchenkov connects the arrest by that he participated in protest actions, and with that, in particular, that he is personally familiar with Alexey Gaskarov.

"I was arrested for my political convictions. I am an anarkhokommunist" — he speaks.

I told Buchenkov that relatives and the lawyer can't already find it some days, but about it didn't forget and soon the lawyer to it will come.

In the same way, as Buchenkov, three years ago field investigators frightened Denis Lutskevich when after arrest kept it in IVS on Petrovka. It then kept very courageously. Also courageously now Dmitry Buchenkov keeps.

Perhaps, already on December 7 it will be transferred to a pre-trial detention center.

There to it support from outside — letters, transfers will be very important.

It isn't known, what is the time he will sit on this ridiculous charge: two months, four, year? Or it is even more?

Every time when you talk to the arrested, whose innocence it is obvious, there is a wish to encourage and distract it somehow.

I asked Dmitry whether to call me his civil wife; it showed me the hand on which wrote down its phone number — but in four days of stay in IVS the inscription was erased, and by heart he didn't know number.

I promised that I will contact it through the lawyer, and discussed his future wedding in a pre-trial detention center — as something absolutely ordinary further.

"It seems, someone from ''bolotnik'' in prison married?" — Dmitry asked.

"Polikhovich, Gaskarov and Razvozzhayev" — I remembered.