Hunger strike of Ihar Alinevich: what is known now 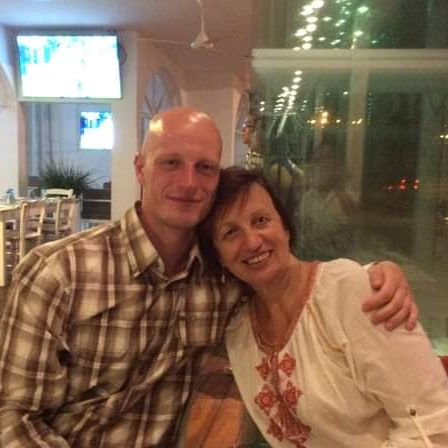 Ihar Alinevich , an anarcho-partisan sentenced to 20 years for participating in the Belarusian uprising, went on hunger strike. Members of the Anarchist Black Cross collected the latest information about Igor from the Facebook of his mother Valentina Alinevich and from his close friends. Here's what we were able to find out.

On October 5, Ihar's lawyer tried to get to him, but did not. He will try to get to him next week. According to unconfirmed reports, Ihar is still in the penal cell, where he was visited by the prosecutor. It is very difficult to get any information about Ihar. Even his mother has not been able to see her son for years; there is no way to get in touch with him by phone; all letters are censored and often do not reach him at all. It may be difficult for foreigners to understand this, but if the country is "out of touch with the laws," then information can be quite scarce.

Ihar began his hunger strike on September 19. The exact demands are not known for certain, but apparently the last straw was a report on his placement in a punishment cell. Prior to that, he had sent complaints to higher authorities about the arbitrariness of the prison administration, but received no response. Therefore, Ihar suggests that these complaints did not leave the prison at all.

From the camp where Ihar was serving his sentence, he was transferred to a prison regime. Under what pretext is not known, but he had assumed it would happen. This is a mass phenomenon among Belarus political prisoners. If a person has dignity and will, this is a necessary consequence.

The case of arson of the Russian embassy's car in 2010 has been recalled. Ihar's comrade, anarcho-partisan Dmitri Dubovsky, who managed to escape at the time, will be tried. Ihar was arrested at the time and received his first sentence.  Probably they will try to bring Ihar as a witness. Ihar described his attitude towards this case in detail in his book "Going to Magadan" and in his last statement at the trial in 2011, where he was indignant that Dmitri was found guilty in absentia.

After they had been sentenced to huge prison terms Ihar and his comrades were fined for burning the police cars, but now, when life hangs in the balance, it does not matter at all.

Attitude towards anarcho-partisans in Belarus

Both the opposition media and ordinary people have a great deal of sympathy to anarcho-partisans, the authorities have failed to convince people that these are dangerous terrorists.

In prison, Ihar began writing a futuristic thriller, Red Cradle. It is not finished yet. He has many more ideas, both about technology and about history. He believes in the future of humanity.

There is no contact with Ihar, but both his mother and friends believe that he is not broken. For Ihar, fighting is a norm and a necessity. Rather, one should be worried if he did not try to fight in some way.

What can we do to help

You may write to Igor via address Igor Vladimirovich Olesinov Prison №8, ul. Sovetskaya 22A, 22163 g. Zhodino Belarus. You may also write online via ABC Belarus. Also, you may donate to ABC Belarus  to support imprisoned Belarusian anarchists and anti-fascsits.

And in general, by struggling for freedom in Belarus and other countries.

In foto: Ihar and his mother Valentina