On racism in the Russian antifa and hardcore subculture 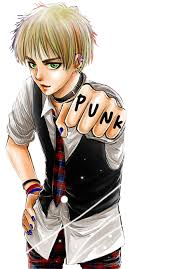 In February, a critique of Moscow-based bands What We Feel(WWF) and Moscow Death Brigade(MDB) written by “Antifascist Subculture Worldwide”-collective appeared on the German website, Linksunten (in English). Both WWF, MDB (1) as well as 210 (2)  have since responded to the criticisms. I would like to add few points to answers of WWF and MDB.   As I see it, the main problem with the statement by “Antifascist Subculture Worldwide” is its chosen approach and target audience. As I write this, a month has passed since its original publication and still, only an English translation has been made available, and no Russian one. Basically, the author is speaking from within the German scene, without inviting participation from the Russian hardcore scene. This approach serves as a reinforcement of the usual racist stereotypes about Eastern-Europeans as ignorant barbarians, whose racism, sexism and homophobia is of a genetic nature and with whom it is impossible to engage in any meaningful discussion on any of the aforementioned topics.   The reality is that there are people having these discussions in Russia, people inside the antifa and hardcore subcultures with anti-racist, feminist and queer perspectives, and it is a shame not to invite them to take part in discussion. It is obvious that the authors of the text have an excellent understanding of Russian language and could have put out a Russian version had they been interested.   A second problem is the shotgun argumentation. More accusations are thrown than are actually proven - for example the text refers to "homophobia" a number of times, without explicitly mentioning either MDB or WWF, yet the reader is left to infer that these bands have homophobic positions. There are definitely problems with other bands in the Russian antifa scene being homophobic -for example this song by Klowns, "Burn in hell" , has the following lyrics:   "Old Europe approaching its demise,  what kind of future is waiting for her? Migrant is living there on a wellfare, spitting on the law,  same-sex marriage legalised, families destroyed.."   Although Klowns had never identified as an anarchist band, it only turned towards red-brown Stalinism in 2014 under the influence of the massive wave of state propaganda launched to support Russian involvement in the war in Ukraine. Klowns is now the subcultural version of the Russian state-owned channel Rossiya 1 controlled by Dmitri Kiselyov.   There's a chance that the views of this reborn red-brown Klowns will not be accepted by the hardcore community, and the band will instead drift into the, separate, national-bolshevik punk scene which has existed in Russia since the 90's and has traditionally not overlapped with the hardcore. On the 9th of May 2015 Klowns is booked to play in Moscow with longstanding national-bolshevik band Echelon, and Madrid Stalinists Nucleo Terco. It is up to the Russian hardcore community to decide if these positions will be tolerated or not, but the scene has yet to have its final word.   It is also clear that a number of the issues presented in the text should be viewed as some aspect of the German narrative. For example it is mentioned that "it is important to study the history of the pretty young left scene in Russia," but even the people criticizing sexist, macho and homophobic aspects of the hardcore scene, rarely identify themselves as being leftist. In the land where Lenin and Stalin once ruled, the term "left" rarely makes sense, and most of the people who criticize homophobic, sexist and racist aspects of the hardcore scene are likelier to self-identify as anarchists (although to be honest, lately many anarchists are likelier to be part of the problem than the solution). .    The statement by “Antifascist Subculture Worldwide,” focuses almost exclusively on Moscow bands, a city in which a majority of antifascists has always been apolitical “patriots.” Anarchists have dominated both the antifa and hardcore scenes in a number of other Russian cities. Historically, Antifa in Russia has been a broad alliance between anarchists, leftists, liberals and even non-Nazi right-wing people from the hardcore subculture.    With the Nazi threat almost completely absent from the Moscow hardcore scene, the war in Ukraine has increased already existing divisions within the scene, and Antifa has lost much of its relevance.As a consequence, people who were first around as “apolitical patriots” are leaning further  right. But due to past friendships and loyalties formed during the years when joining a band meant putting your life on the line,  people still stick together even with their politics drifting in opposite directions. For example, when Anton Fatullayev, former antifa prisoner who participated in the right-wing attack against the 8th of March demonstration in Moscow last spring, died fighting on the rebel side in Eastern Ukraine, a memorial event was organised by his former anti-fascist comrades from the hardcore community. Even though they hardly shared his most recent political views. Due to the perceived hardcore community values of “loyalty and friendship,” there hasn't been much distancing from Fatullayev, and his support of the ultra-right governments of Donetsk and Luhansk is just “one opinion amongst others” in the scene.   The biggest problem in the statements by MDB, WWF and 210 is the total lack of a discussion on the issues of racism and homophobia in the hardcore community as a whole. The truth is that many people in the hardcore subculture have been increasingly obsessed with “problems” such as “Islamization” and “tolerance” for years, and Klowns from Kirov is just one example. Even if MDB and WWF are not part of the problem, it is rather strange to write as if this problem does not exist at all.

As for Gryundik of 210, I wonder if his interview was indeed taken down because of “misinterpretations,” or if it was because people who organised their gigs in Western Europe could read Russian and began to ask questions. I would really like to see a detailed statement from him clarifying the exact issues which were misinterpreted in the interview.

hi! we've made an spanish

we've made an spanish translation to this article:

Great! If you do translations

Great! If you do translations of avtonom.org articles, you should be able to submit them to site as well by pressin "translate" tab! Thank you for your work!

we're planning to invite Moscow Death Brigade to Bremen (Germany) on the 7th of may, also to keep on with this disussion. We tried to invite AFA-worldwide, the authors of the indymedia article, but haven't got a response so far. Also we invited people who organized the concert at Köpi, Berlin.

The problem is that we ourselves do not speak any russian, and we do not have much/ enough knowledge about the Russian hardcore scene and it's context. We would like to invite people from the antifa and hardcore subcultures with anti-racist, feminist and queer perspectives to take part in this discussion.

Do you think you can help us somehow and put us in contact with "fit" people (in germany, or russia, or somewhere else)?

We are planning to invite MDB to Bremen (Germany) on the 7th of May at Spediation, also to keep on with this discussion. We would like to invite people from inside the russian antifa and hardcore subcultures with anti-racist, feminist and queer perspectives to take part in the discussion. We also invited the AFA worldwide (the authors of indymedia article) but didn't get any response so far. Also we invited people from Köpi, Berlin.

Can you help us to put us in contact with people who have more profound knowledge about russian antifa scene and (russian) language skills than we have?

THanks, and best wishes,
Martin / and our new concert collective