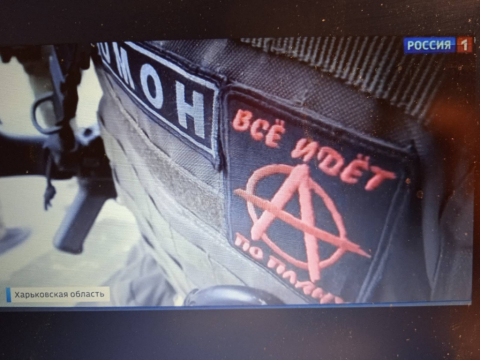 What follows is a (partial) translation of the September 25 episode of the weekly podcast of the Russian anarchist network and media platform, avtonom.org. Part on uprising in Iran was omitted by translator, as there are plenty of other sources available for English reader.  For Russian original, check Russian section of our website.

The main news of the week is the so-called “partial mobilization” announced by the so-called President Putin. In fact, there is nothing “partial” in it: the population of Russia is simply given to the Ministry of Defense to feed on: the ministry will take as many people as they want for cannon fodder. First, they will take away the jingoistic patriots, then the apolitical townsfolk, and then they will come for the remaining intellectuals, even if those are of limited use.

This is a gesture of desperation on Putin’s part: it shows that the strategy of carrying out a quick conventional war in Ukraine has definitively failed, that Russia has run out of its more or less professional army, that it has no air supremacy, the modern weapons are running out, and all that remains is to fill up the front line with the corpses of random men from around the country. And of course, this mobilization will not strategically change anything in the war (unless it brings the end of Putin closer). On the one hand, this is good: if the Russian empire began to win, in the long run it would be much worse for everyone who lives in Ukraine (and in Russia too). But in the short term, the mobilization will only bring great suffering to the Russians who end up crushed by the regime’s measures—like those caught in any senseless imperial meat grinder.

Let’s start with the fact that those who are mobilized will lose their jobs (employment contracts, it seems, are simply suspended for those who are mobilized, but it is clear that in reality, no boss will wait for potential 200s to return [“200” is a Russian expression for a soldier killed in action]), and we will conclude with the obvious risks of cannon fodder on the front line. You can return from the army fighting in Ukraine either in a coffin, or hospitalized with a serious wound, or as a deserter, which in this case is a criminal offense involving a real prison sentence. In other words, even from a purely pragmatic point of view, it is smarter to avoid the army and the mobilization even after you have received the summons, and in the worst case, receive a fine or a suspended sentence.

However, for now, queues of either volunteers or fearless idiots are still lining up. The behavior of those who are now ready to dutifully go to the draft board, although so far there is only an administrative punishment for not appearing (and many guides have come out about this), reminds us of the old Soviet joke, in which they announced at the factory: “Tomorrow we will hang everyone on the grounds of the plant! Do you have any questions?” and in response, a timid voice pipes up from the audience: “Do we have to bring a rope and soap with us, or will those be given out in the trade union?” [In Russian, “a rope and soap” is an expression for what one needs to hang oneself; the soap is to keep the rope from slipping.] It is especially amusing in this regard that in Moscow, one of the mobilization points was set up in the Darwin Museum—apparently in order to immediately present the Darwin Prize to those who show up. As Hannah Arendt wrote, “these people were not villains, perverts, or sadists: no, the worst thing is that they were and remain terribly, terribly normal.”

We have no doubt that our readers do not aspire to Putin’s imperialist war of conquest. What are they supposed to do, if they face the threat of being mobilized? [There is a pun in the original Russian here: mobilizatsiya, the Russian for “mobilization,” is adjusted to “moGilizatsiya,” because mogila is Russian for “grave.”] There is only one answer: sabotage it in every possible way. Now, in September 2022, the real “Day of the Deserter” is coming. [In Russia, February 23 is observed as the Day of Defender of the Fatherland, honoring all who served in the military. Traditionally, anarchists organize anti-militarist events on that day, calling it “Day of the Deserter.”]

Do not go to military enlistment offices, do not accept subpoenas, do not stay at the address where you are registered. Do not tell any authorities where you are: let them try to find you. You can apply for alternative civil service regardless of your real beliefs. Don’t go to work, take sick leave. In general, feel free to break their laws: your life is more important.

Another option is to flee the country. For example, Germany seems to be ready to accept deserters from the Russian army. Here, everyone should decide for himself or herself, but it is clear that not everyone has the resources to leave Russia, nor the desire to. In addition, there is the possibility that you will be detained when crossing the border.

Finally, remember: solidarity, mutual assistance and collective activity. If everyone just sits in the cellar alone or leaves for Georgia, Putin will rule forever [in the Russian, this is phrased “the collective Putin,” as in, the generalized mindset of resignation and obedience]. Participate in actions against the mobilization. The anti-war street protests around the country on September 24 did not draw particularly large numbers of people. But there seems to be some radicalization—in Moscow, demonstrators snatched detainees back from the police. In any case, it is better to be jailed for 15 days or even 10 years than to be torn to shreds by a HIMARS [a US-made light rocket launcher] shell or shot by bandits from Kadyrov’s detachments somewhere near Bakhmut [Ramzan Kadyrov is head of the Chechen Republic and a lieutenant general in the Russian military; Bakhmut is a city in the Donetsk Oblast].

It is collective action that can change the situation in the country—not individuals trying to save themselves. Action by all available means. If we sit on the sidelines now, few will get away. On the day the mobilization was announced, military registration and enlistment offices began to catch fire more often, and the more of them burn down, the more slowly the mobilization will proceed. The night of the deserter begins. But be careful: it is important that at least some anarchists are still in Russia and at large when the protests start to attract large numbers of people.

Either way: sabotage the mobilization, throw sand in the gears of the death machine. Even if you just convince a couple of acquaintances not to take subpoenas, this is already an important act.

It's Going to Get Worse

Russia is losing the ongoing conventional (non-nuclear) war. Yes, and a backward half-de-industrialized country cannot fight against almost the whole world, even if it has a very large territory (if anything, that represents an additional vulnerability). Therefore, if everything continues the way it is going now, then the future of Russia is: capitulation, reparations, poverty, and quite likely disintegration (voluntarily or not). It will be hard for people on the territory of the current Russian Federation, but at least they will have a chance to rebuild their societies from scratch. Anti-authoritarian forces can also play a significant role in this, and it does not matter whether they are called “anarchists” or some kind of “vague democrats.”

There is another outcome: frightened by the prospect of repeating the fate of Gaddafi, Putin launches nuclear weapons (provided that those have not already rusted completely). It is difficult to predict the further development of events, but this threat is clearly not limited to the territory of Ukraine. So this possibility is much worse than the previous one. How to prevent it—and whether grassroots political movements can somehow influence this—is an open question. In any case, nuclear weapons are not a very good idea in principle, and nuclear weapons in the hands of a senile old man in the Kremlin are worse.

As always happens, under the cover of the war in Ukraine, neighboring countries are also beginning to solve their problems by military force. Here, Tajikistan is exchanging fire with Kyrgyzstan on the border; there, Azerbaijan crosses the border with Armenia and occupies new territories, and all this involves corpses and wounded. The attention of the world is riveted on Ukraine—so why not take advantage of that? This is how the world wars started.

We must not forget about this; we should at least pay attention to petty imperialists like Azerbaijan. After all, everything is learned through comparison: Russia, compared to the United States, is also a small-scale imperialist, but nevertheless, this does not mean that we should turn a blind eye to its misdeeds (even if we are told to do so by Noam Chomsky and Roger Waters, who are reliably protected from the electrodes of the FSB [the Russian secret police] by American and British passports)..

ВIssue 73 was written by Mani