After eviction, Occupy camp of Moscow is reborn in Kudrinskaya square

In morning of 16th of August Occupy camp of Moscow ("Occupy Abai") was evicted from Chistie Prudy after a court order, but it was re-established the same day at Kudrinskaya square (also known as Revolution square). Lectures, infocenter and field kitchen (both omnivorous and vegan) were relaunched. 20 PM several hundreds of people gathered in the square. During the evening, a police officer approached several times Food Not Bombs activists, distributing vegan food, and demanded them to quit distribution, as they allegedly did not had necessary permissions to distribute food. Activists answered, that they just distribute food and offer it to their friends. Around 21:30 OMON riot police showed up at the vegan kitchen. Five activists were arrested, and police also confiscated food, part of the food, some journals which were around, and most importantly a box with donations.

Protesters were enraged, and with shouts "thieves" they blocked police vans, demanding release of the comrades. People formed chains, which were attacked by OMON, people were pulled over and arrested, some comrades were dearrested.

Evening assembly, which was disturbed by arrest, made a majority decision to stay in the Kudrinskaya square only when OMON makes an all out attack against the camp.

Eventually police administration promised that as long as protesters are not trampling the grass (original camp in Kubai statue was evicted after protestors allegedly trampled grass), and promised to release arrested, with exception of those who pierced tyres of police vans and assaulted riot police. Assembly participators were wondering, how come police may define, who should be kept under arrest. After a short discussion, it was almost unanimously decided that there will not be a compromise with police, and all of the 20 arrested kept in Presnenskoye police station should be released.

Protesters saw, how a group of arrested was taken from a van with pierced wheels to another van. Arrested were shouting that police beats them, and does not allow them to take their property with them.

Main accomplishment of 16th of May is that camp in Revolution square managed to defend itself. 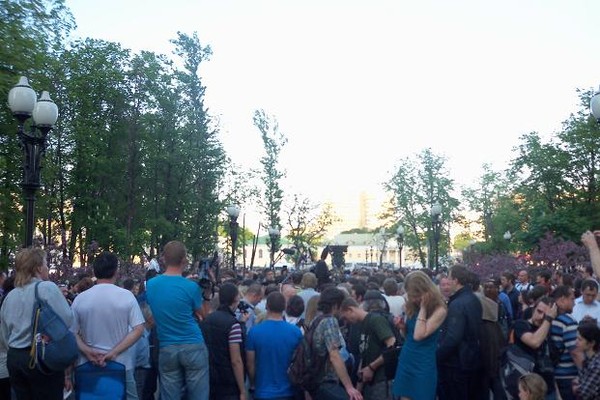 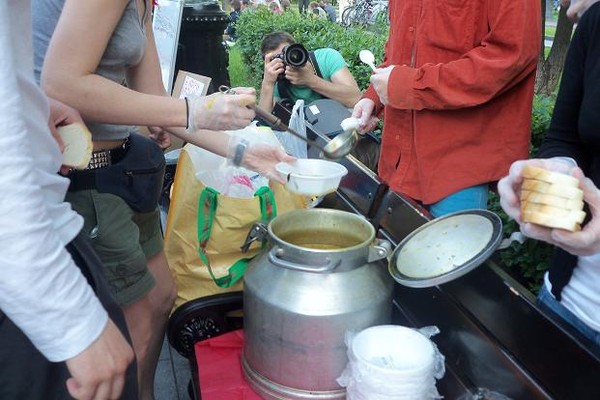 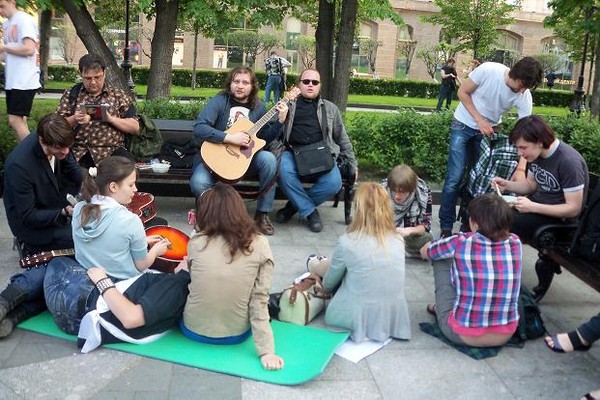 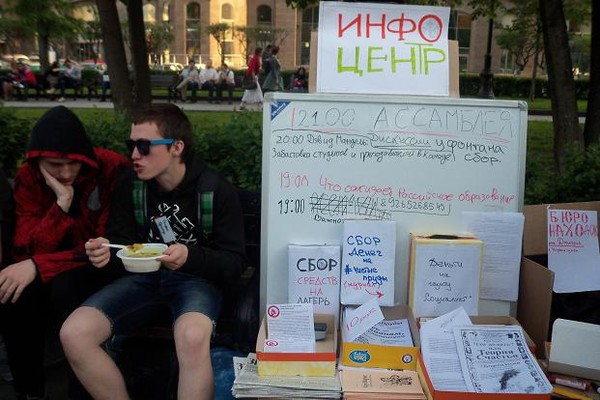 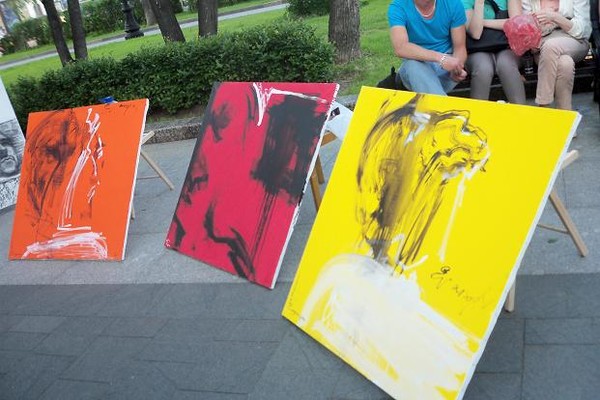 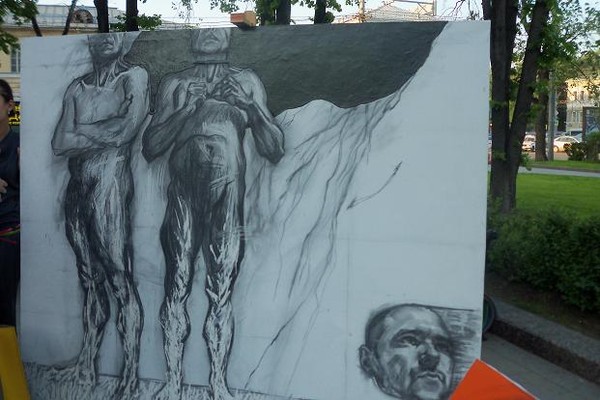 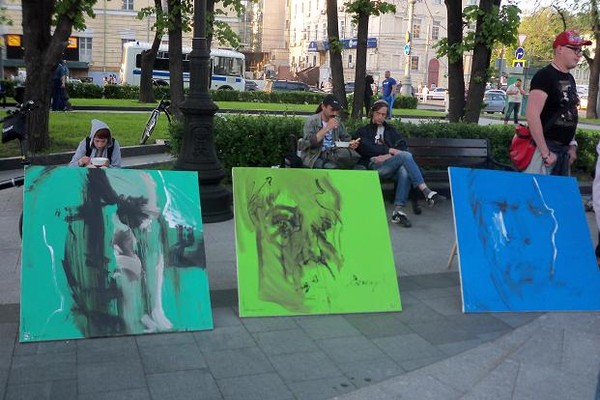 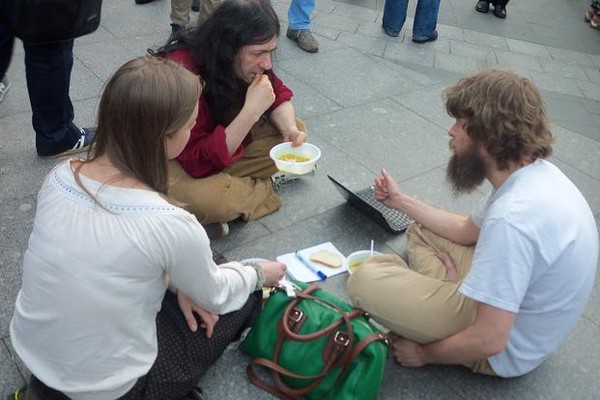 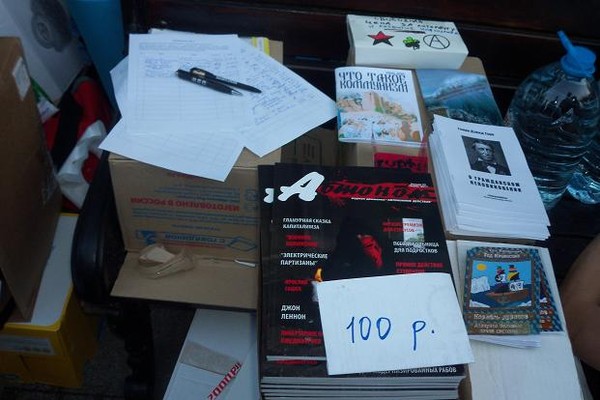 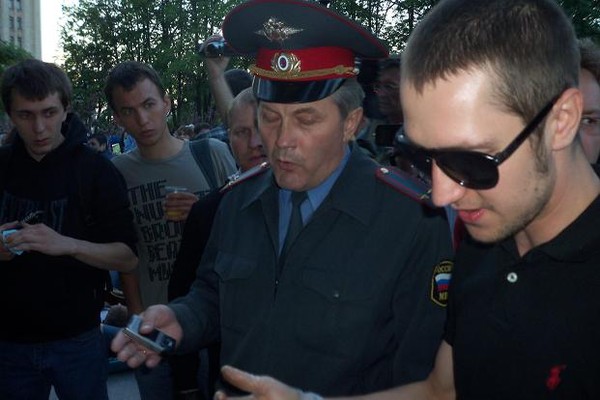 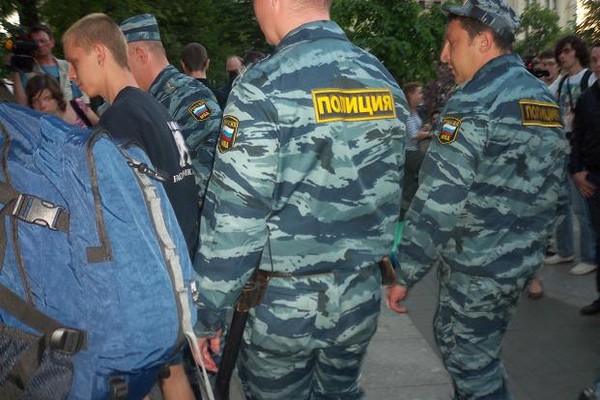 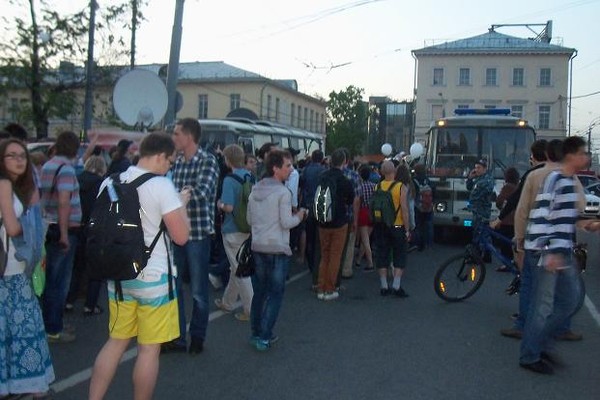 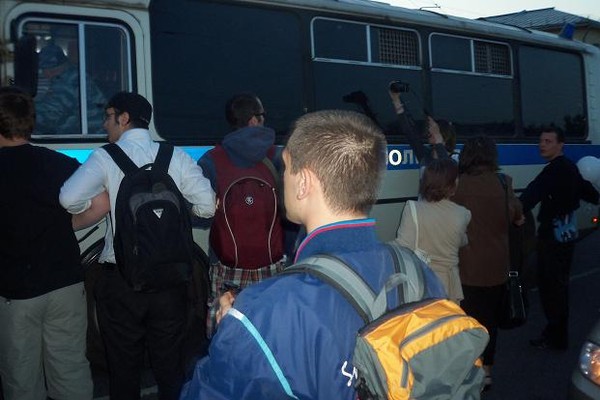 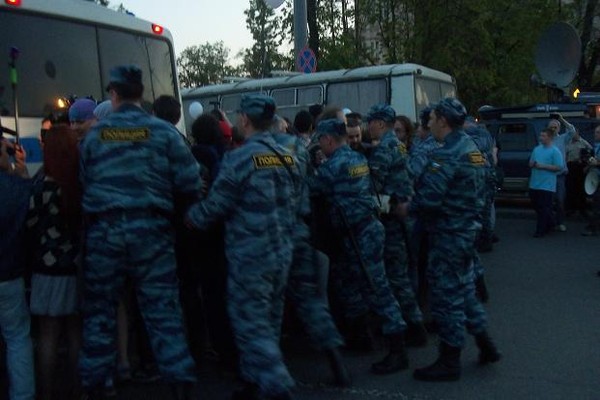 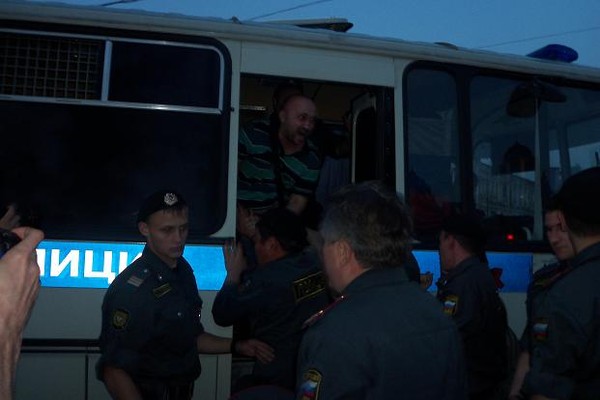 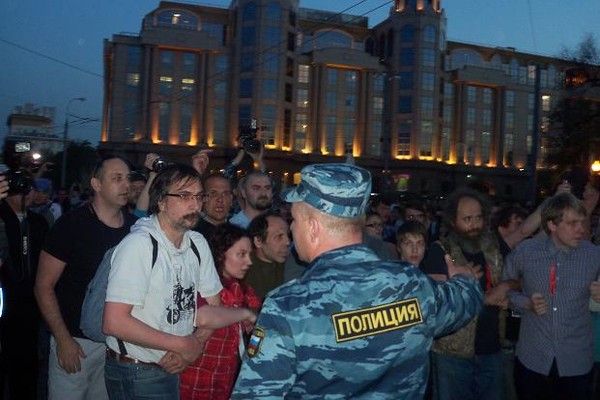 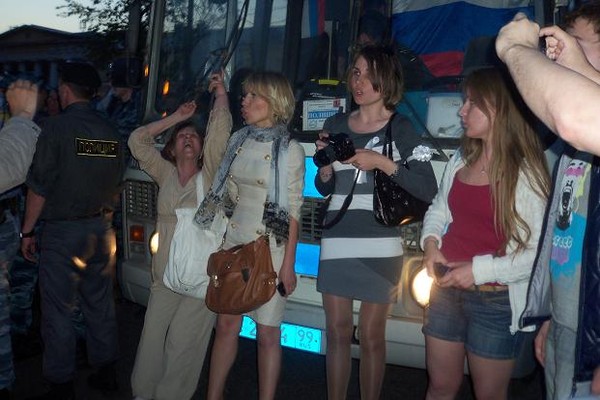 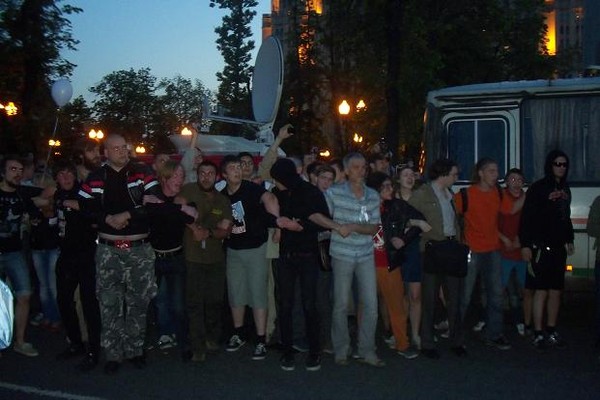 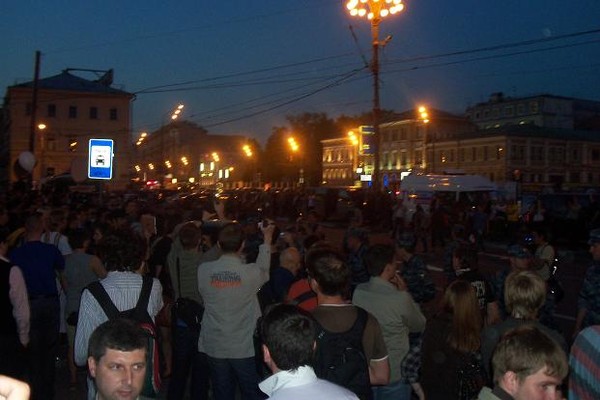 Online-translation about life in the protest camp (in Russian):

Contact address for those willing to join the camp: occupytogether12@gmail.com