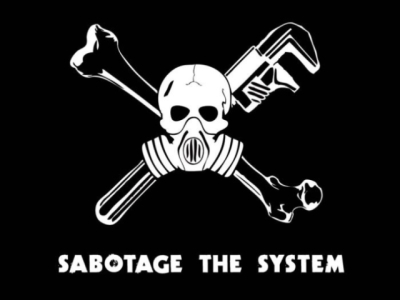 Hello! It’s Sunday,  July 24 and we continue our podcast “Trends of order and chaos”. This is episode 64. Here are the top stories on past week’s agenda.

Some months now Armed Forces of Ukraine and Russian Army blame each other for “hiding behind civilian objects”. From one side, Russia claims that some sort of Ukrainian wartime meetings were taking place inside civilian buildings in Vinnytsia. That’s why they tore down residential apartments with cruise missiles. While the fact that civilian children and adults died -  that’s Ukraine’s fault, they shouldn’t have placed military objectives in city’s center. From the other, Ukrainian intelligence reports that Russia is bringing military cargo in occupied Kherson on convoys with “humanitarian aid”. Respectively, when AFU attacks those trucks – that’s Kremlin’s fault.

Of course, this debate is meaningless. In a war between each other, states inevitably drag the civilian population and inevitably use it as cover – if only because, it’s effective. Let alone for Ukraine: it still lags seriously behind Russia in quantity and quality of weaponry. Therefore, they definitely can’t simply withdraw all military units from cities to an open field, in order to be bombed and turned into dust. Namely, both sides simply do what helps them win in the war.

The interesting thing is that everyone appeals to a “right way” of fighting in a war, without “war crimes” and without harming civilians. As if, the invasion of Russian army in Ukraine, without invitation, doesn’t constitute itself a “war crime”. Of course it does. Like any other imperial aggression. Ukrainians are trying to fight back this aggression with military force, and one can understand them.

But for us, anarchists, it’s weird to discuss that a “right”, “civilized” war is even possible. Any war between states is a fight for dominance between ruling classes. It always brings death, suffering and filtration camps for simple people. At best, (in cases of a defensive war) it can only not worsen their living conditions, but this is also unlikely.

The only war that improves the lives of civilian population is the class war – a.k.a. social revolution. It reformats the social and economic structures of societies, making them more just and corresponding to the current level of social development. Russia’s aggression today, has nothing to do with this. Although, it must be said that some social changes are happening under the influence of this aggression in Ukraine and they are rather positive: grassroots self-organization, universal arming, distancing from Kremlin’s imperial propaganda.

Russia, as expected for an aggressor-state, undergoes economic degradation and political reaction. From the beginning of the war we already have 200 suspects and defendants in criminal cases related to anti-war actions and 3303 administrative protocols on discrediting the army. These are not “mass repressions” yet, but they are significant and their degree of tension will be only increasing.

Within these conditions it becomes even more apparent what anarchists were telling for the past years. Now, there is no point in participating in conventional politics, like elections (even the municipal ones) in Russia. Even if, by some miracle, they will allow you to get elected, next you will be faced with a choice: either start throwing Zeig Heil(s), draw a Z on your forehead and support the war, or go to jail (like Gorinov, Yashin etc.). It’s impossible to change the regime in Russia with puppet “elections”. Politics must be street and radical.

There’s no need to strive to go to jail, like Yashin. Be active but also be smart: try to do anything possible to avoid jail. Each one of you, who listens this podcast, is needed to make this so-called “Russian Federation” more free. Fight propaganda, boycott “elections” and any support of the war. Organize outside the frames of systemic parties, official unions and so forth. First and foremost, organize where you work and live. The state apparatus in Russia is rusty and creaking -  any dust in its gears stops it for long. This today is the actual anti-fascism.

Incidentally, our comrades from Antijob and other good initiatives launched the project “Antifund” for the support of strikes and protection of labour rights in cases of job layoffs and downtimes.

4. The destruction of Runet continues

In light of the war, Kremlin continues to destroy Russian Internet at full speed. This week Roskomnadzor announced that it will be using “means of coercion” against the free encyclopaedia Wikipedia and the streaming service Twitch

“Means of coercion” here mean “to obligate search engines to inform users that those services violate Russian legislation”. Obviously, it refers first and foremost it to information about Kremlin’s invasion of Ukraine.

Practically, those means concern solely Yandex. Understandably, Google couldn’t care less about such demands from Russian bureaucrats, while other search engines occupy a tiny share on Russian market. Most likely Yandex will obey the orders of Roskomnadzor and its search results will be strewed with tags of the sort “Wikipedia violates Russian legislation”. Well, considering how often Yandex bends under Kremlin recently, this is yet another reason to stop using it. At this pace, soon it will become as toxic as “Vkontakte” – we hope you’ve left Vkontakte already. If not – leave as soon as you can. People in Russia are being prosecuted based on material primarily from VK.

By the way, another news related to censorship of Internet – Roskomnadzor unblocked the site of Tor browser, two months after court’s decision. Tor, among others, allows you to open blocked sites, masking the end of your internet search from your provider.

This means that now – at least from Russia – you can download the TorBrowser itself. Will it be working? – that’s another question. In fact, Tor’s network nodes (through which traffic is redirected) were blocked by Roskomnadzor without any official warning. But you can try. We have instructions on our site.

Apart from that, this whole story shows how chaotic and randomly works internet censorship in particular, and Russia’s system of governance as a whole.

5. The Return of Cipollino

The collective of Moscow’s Library named after Chipollino announced its return to Open Space not far from Baumanskaya metro station (Pleteshkovskiy pereulok, dom 8, stroenie 1). Library’s catalogue had been replenished significantly. Chipollino as a character has very much to do with the social revolution, we talked earlier. Therefore, you should definitely visit if you are in Moscow.

By the way, during this week the detentions of two activists were extended in Moscow.

Yet, the rusty machine of tightening of the regime stalls again for the already convicted political prisoners. The case of prison transfer of the political prisoner-anarchist Evgeny Karakashev was never examined at the appeal. The case file was send to the Court of First Instance to eliminate violations. Therefore, you can write to Evgeny at the old address:

Also, 29 July is the birthday of Dmitry Dubovsky, member of Belarus partisan group “Chernoe Znamia”, convicted for 18 years. We join the call of ABC-Belarus: send to Dmitry words of support and solidarity!

Freedom to all political prisoners and let’s stop the war!

That's all for today! In the "Trends of Order and Chaos" podcast, participants of Autonomous Action discuss anarchist views on current events. Listen to us on Youtube, SoundCloud and other platforms, and visit our website at avtonom.org!