Ilya Romanov is free from prison! 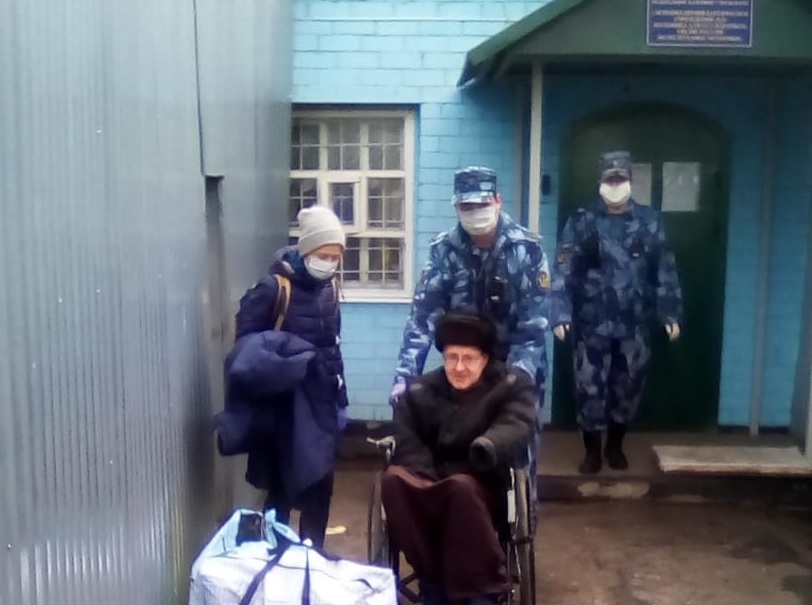 On Saturday 11th of April, relatives took Ilya Romanov, anarchist prisoner from LPU-21. Prosecutor did not appeal decision of the court of Zubovo-Polyanski of Republic of Mordovia, which has ordered to release Romanov for basis of his health. We congratulate Ilya, and everyone who was fighting for his release from prison!

Court had decided 31st of March that Romanov should be released, as he was paralyzed in the colony after stroke.

Ilya Romanov joined anarchist movement in the Soviet Union in late 80's, and he is one of the oldest veterans of the movement. Most of the time since 1998 he has spent in prisons of Russia and Ukraine. In 2015 he was sentenced to 10 years in prison, as authorities claimed he had "justified terrorism" and "prepared a terrorist attack". Investigation began, when a  firecracker exploded at his hand, not far from military commission of Nizhny Novgorod. Due to explosion, his left hand had to be amputated.

In prison colony, a new criminal case was opened against Romanov. His lawyers say, that cellmate of Romanov used his smuggled smartfone to publish calls to global jihad, obviously as part of a plot by authorities. In 2018 he was sentence to a new prison sentence, in autumn of 2019 he suffered a stroke after which partially paralysed him.
​​​​​​​