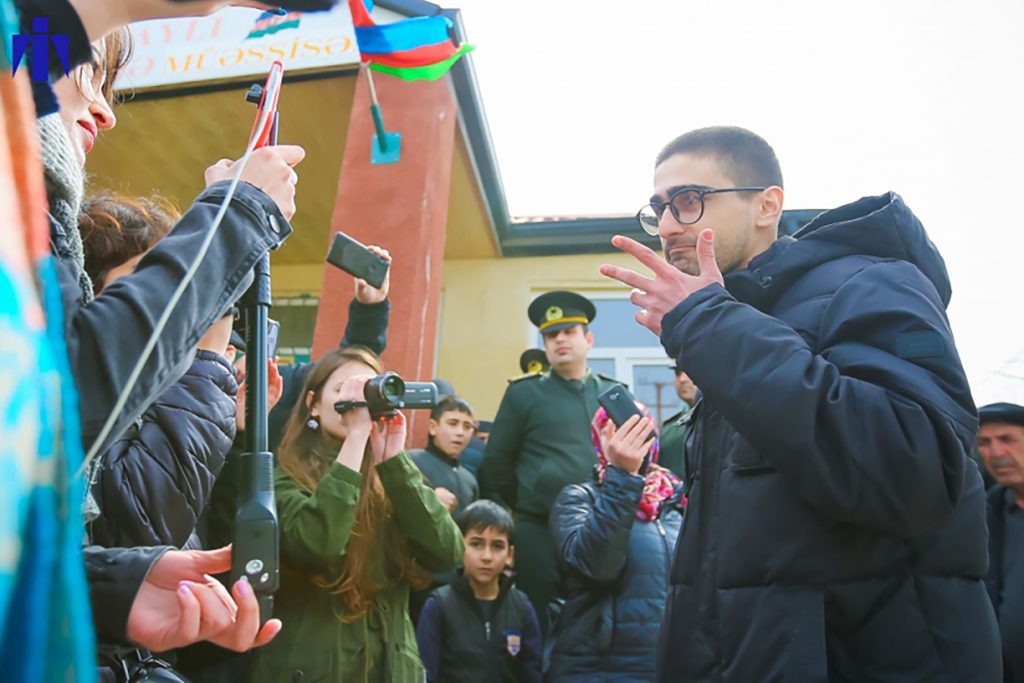 In the now-deleted live video he posted on his social media account,  Ibrahimov broadcasted security forces entering his flat in Azerbaijan’s capital Baku and refusing to tell him why he was being detained.

In the video, Ibragimov said that he believes the reason for his arrest is the complaints of “several people” about his anti-war posts on social networks.

A few hours before his arrest, Ibragimov posted a screenshot of a message exchange in which a man asks for his phone number and address.

On the morning of September 27, a decades-long conflict between Armenia and Azerbaijan over Nagorno-Karabakh flared up again, seeing dozens killed. While the governments of both countries compete on jingoistic patriotic statements, Ibrahim has become known for his anti-war posts. He said that many Azerbaijanis condemned him online, telling him that they were “losing respect” for him because of such statements.

“The two civilians killed in Naftlan were […] students in grades 9 and 7.”

“Pseudo-patriots say they want war now to prevent the conflict from being passed on to future generations. They do not see that they do not allow the next generation to come. “

Bahruz Samedov, an activist for the Azerbaijani civil movement Nida, told OC Media website that Ibrahimov was perhaps the only person to openly criticize the recent war online.

“They just came to his apartment and said that someone was complaining about his Facebook posts, his mother also wrote about it on FB, this is really very bad because now he is completely alone and people are posting comments like : “Yes, he deserves it, he must be killed,” this is complete nonsense. “

In May 2016, he was arrested along with another activist, Bayram Mammadov, after painting graffiti on a statue of Heydar Aliyev, the late national leader and father of the country’s current president, Ilham Aliyev.

On the eve of the “Day of Flowers”: a national celebration dedicated to the birthday of Heydar Aliyev, activists painted graffiti with the inscription “Happy Day of the Slaves” in Azerbaijani. On the other side of the pedestal was another inscription: “Fuck this system!”

Misteriously, according to the official report of the country’s Ministry of Internal Affairs, more than 3 kg of heroin were seized during the arrest and the search of the flats of Bayram Mammadov and Giyas Ibrahim. In a case widely criticized by international human rights organizations, Mamedov and Ibragimov were sentenced to 10 years in prison on charges of drug trafficking. In 2019, Ibragimov was released under an amnesty for political prisoners.