A demonstration against Spanish extradiction court of Petr Silaev in Helsinki 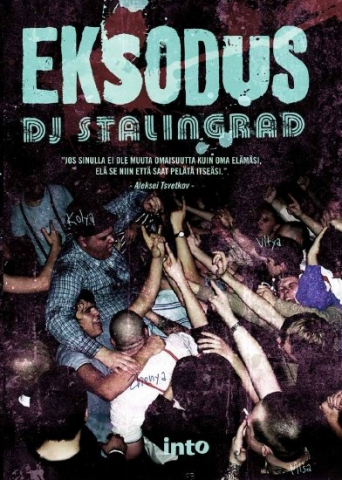 On wednesday 21st of November a demonstration against extradiction court of author Petr Silaev from Spain to Russia will be organised in Helsinki. Demonstraton is organised by Free Pit -network, free movement -network, Into publishing house, Free Pussy Riot Helsinki, PAND artists for peace and a number of other groups.

Demonstration will start 6 PM from senate square, from where we will head to Finnish ministry of foreign affairs to Katajanokka, and demand more decisive measures from Finnish officials for Silaev, who has a refugee status in Finland. From Laivastokatu we will march to Spanish embassy in Finland at Kalliolinnantie 6.

In facebook, 150 people have announced their participation to demonstration, (https://www.facebook.com/events/333914293374271/) thus we expect a turnout of at least 100, unless weather is intolerable.

21st of November it will be full 3 months since arrest of Russian author Petr Silaev in Spain. Spanish anti-terrorist police force arrested Silaev, who has a political asylum in Finland, following Russian arrest warrant against Silaev which was issued two years ago. In end of August, Silaev was released pending the extradiction decision, but he is still not allowed to leave Spain. Now Audiencia National will start legal procedure of extradiction, and at no point have they taken account that Silaev has an asylum in Finland.

Besides organisers of the demonstration, the attached petition has been signed by PEN association of writers for free speech in Finland, chairman of Finnish Peace Committee Teemu Matinpuro, writers association Kiila and Union of Consciencious Objectors in Finland.

The Ministry of Interior of Spain,

We demand to free political refugee, Russian writer, journalist and social activist Petr Silaev, who is now in risk of extradition. On August 21 he was arrested in Granada on the grounds of the Interpol search list,
although earlier this year he had been granted political asylum in Finland.

According to Silaev, the Spanish special tribunal Audiencia National has begun the treatment of his deportation to Russia. Until now, Spain has not
acknowledged that Silaev has been granted asylum in Finland. Will Spain break Finland's asylum decision and at the same time EU law?

According to UNHCR Refugee Convention (Article 33), "No Contracting State shall expel or return ("refouler") a refugee in any manner whatsoever to the frontiers of territories where his life or freedom would be threatened". By granting Silaev political asylum, i.e. refugee status, in

April, 2012 The Finnish Immigration Service recognized the persecution of Silaev in Russia to be unlawful. It also recognized Silaev to be in need of protection from unfair penalty in Russia.

Providing remedial assistance and monitoring of human rights violations, we affirm that the political situation in Russia in terms of human rights after the parliamentary elections of 2011 has deteriorated: widely used
"anti-extremist" Article 213 and 228 of the Criminal Code in relation to political and public figures, declaring them as extremists and findings for the legal field. Detained during the protests in the inaugural
president on 6 May at the Bolotnaya square, placed under arrest, they are pressured to get evidence against the "opposition leaders."

The sensational trial of the punk band “Pussy Riot”, which was obviously political, was conducted with violations and the penalty for the offense does not meet current standards for rigidity of legislation, which is confirmed by the statement of the Presidential Council of the Russian Federation for Civil Society Institutions and Human Rights and the Commissioner for Human Rights in RF Vladimir Lukin.

June 20, 2012 the European Commission for Democracy Through Law of the Council of Europe (Venice Commission) issued "Opinion On Combating Extremist Activity of the Russian Federation" on the Federal law No. 114-FL "On Countering Extremist Activity", adopted at its 91st plenary meeting of the Commission on June 15-16, 2012. Commission recommended a number of amendments to the federal law to clarify and change the definition of extremism and related terms, and a number of other procedures.

Overly broad and not clearly defined, and arbitrary application of the law of excessive tight restrictions of fundamental rights and freedoms enshrined in the European Convention on Human Rights (in particular,
Articles 6, 9, 10 and 11) and violates the principles of legality, necessity and proportionality. In this regard, the Commission recommended to the Russian side to bring the legislation into line with the European
Convention on Human Rights. Russian law-enforcement authorities are investigating the possible involvement of Petr Silaev in the Khimki protest action, that took place in August, 2010. We have all the reasons
to suppose that if Petr Silaev returns to Russia, he will be in danger of being prosecuted under the article 213, part 2 (hooliganism committed by a group of people in conspiracy) and illegally repressed by law-enforcement
agencies, namely, illegal arrest, searches, interrogation with the use of torture, fabrication of a criminal case, and eventually an unfair sentence.

We suppose that Petr Silaev will be tortured and treated cruelly, as there was the case with witnesses and suspected persons under that case. Many opponents to the highway illegal construction in Khimki were reprised earlier. In particular, in autumn 2008, the chief editor of the newspaper Khimkinskaya Pravda Mikchail Beketov, giving coverage to the Khimkinskiy forest cutting and the highway construction, was assaulted for trying to reveal machinations of the local authorities and received serious bodily injuries and now he is physically-challenged.

According to our point of view, Petr Silaev is prosecuted in Russia only for his civil activities and humanistic beliefs.