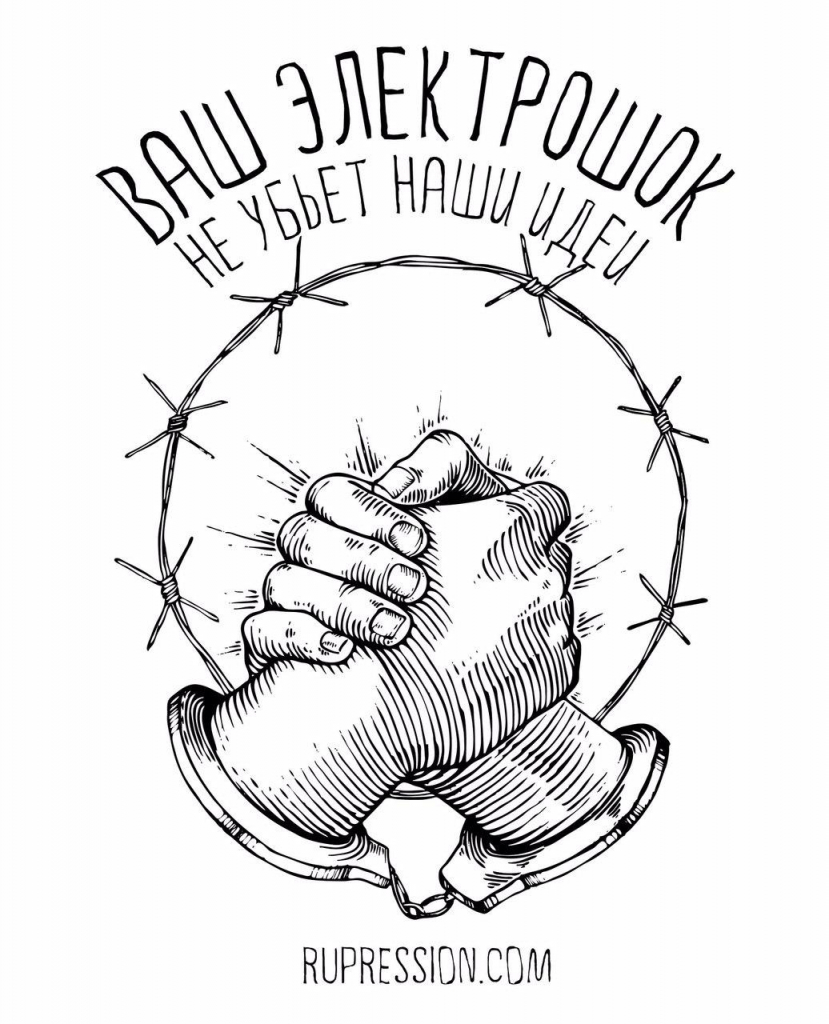 Meduza presents a version according to which Maxim Ivankin, a defendant in the case of “Network”, in plain view of Alexei Poltavets participated in the murder of their acquaintances, Artem Dorofeev and Ekaterina Levchenko (Degree of Poltavets’es involvement in the murder is not specified). According to Meduza’s version, the murder was committed at the direction of Dmitriy Pchelintsev.

We think that the thorough journalistic investigation did not take place. The published article resembles a raw compilation of opinions.  However, all that does not invalidate our duty to reply. First, we want to express our attitude towards the article by Meduza and, second, to tell why we kept silent before.

Rupression collective has been supporting the “Network” case defendants for more than two years. In the spring of 2019 we learned that Maxim Ivankin was interrogated at the Penza pre-trial detention center by an investigator from Investigative Committee, Ryazan oblast. He was interrogated in relation to the discovery of the body of Ivankin’s acquaintance Artem Dorofeev and to the disappearance of Ekaterina Levchenko. After the interrogation, the lawyer claimed that the investigator had no evidence of Ivankin’s connection to the murder of Artem. Ivankin made a statement dissociating himself from the murder. We started to collect information on the events that took place before the disappearance of Artem and Ekaterina, and ended up with a version of events similar to that of Meduza. However, we lacked a definitive and provable picture.

It was very hard to communicate with most of the people who potentially knew what exactly happened. All that time they were either in a pre-trial detention center or in other countries. Different people were communicating with Poltavets and getting different versions of what happened, neither of which we could verify. At the end, we decided not to make this information public. That is because the accusation of murder is a serious concern, and, at the same time, we were not able to make any definitive statement. Most likely, the journalists who knew about the suspicion before, but did not publish the material were roughly on the same page with us.

RUPRESSION collective was shocked when the suspicion of the relation to murder emerged. Still, we continue the support of the defendants. That is because of the absence of verifiable information regarding the relation to the murder for some of the defendants (which is still relevant now) and our confidence in the noninvolvement of the other defendants. We sincerely sympathize with friends and family of Ekaterina Levchenko and Artem Dorofeev.

We rely our actions upon the presumption of trust towards the defendants. We perceive innocent anyone evidence against who we do not have. As for those defendants, against who we have such information, the evidence is sufficient only to doubt their innocence. All the St Petersburg based defendants – Filinkov, Boyarshinov, and Shishkin and Shakurskiy and Kuksov from Penza – are for sure not related to the events that are depicted in the article by Meduza. We do not know anything about Chernov, Kulkov, and Sagynbaev either knowing about the events or not. Ivankin and Pchelintsev do face unresolved allegations of being related to the murder.

We believe there is a need for an efficient investigation of the murder of Artem Dorofeev and of the disappearance of Ekaterina Levchenko. The reason that brought the members of RUPRESSION collective together is still relevant: we believe that the prosecution of the “Network” case defendants and their verdicts are unjust. We demand full acquittal of defendants on the allegations of creating and participating in a terrorist group.

It should be noted that the article by Meduza was published between the trials in Penza and St Petersburg, and at the peak of solidarity actions. That became a shock for friends and families of all but one defendants. To them, we express sympathy and support, irrespective of which truth will be discovered. Lastly, we ask the media to have a light hand in dealing with them.