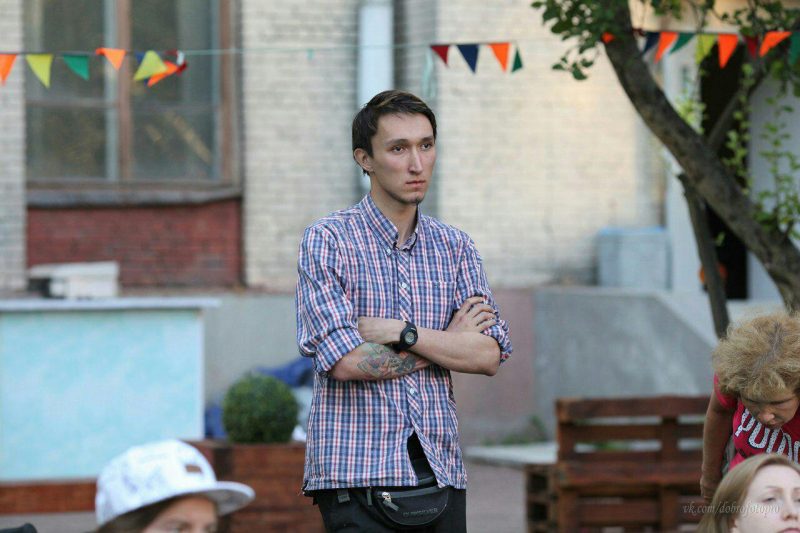 The Moscow Anarchist Black Cross group is supporting the declaration released by the Rupression-campaign about Arman Sagynbaev, prisoner of the so-called Network case, and will stop supporting him. Arman has been removed from the list of political prisoners, supported by the ABC Moscow. From now on, no donations transferred via Anarchist Black Cross Moscow for the Network case prisoners, or political prisoners in general, will be used to support Arman Sagynbaev or passed to his lawyers.

Several women have spoken up with their stories of violence and abuse perpetrated by Arman Sagynbayev - we have no reason not to believe them. Arman has always had a questionable reputation. As an example, long before the arrests, Victor Filinkov and Igor Shishkin stopped their communication with him; some of the other defendants were barely familiar with him. Many of us didn’t know the details, because not all the stories, which are rather personal, were known more widely. We didn’t expect him to continue to be dangerous for women while in jail and that’s why we didn't give enough attention to the details. Now we recognize and understand, that it was a mistake.

The stories shared by these women have left no space for doubts: that’s why the collective Rupression must announce, that we stop any personal support to Arman from our side. We do not collect any money for him, and we do not send postcards and letters.

It is important to clarify that Arman’s lawyers were paid by his relatives from the very beginning.

This group of women shared their stories when they got information that his abusive behaviour is still continuing - he continues to deceive those with whom he corresponds and manipulates people. We’d like to show support to the victims and hope that their bravery will help others protect themselves from Arman’s actions.

All the persons involved in this case are political prisoners and we have no doubts that Arman has suffered from the cruel torture by the FSB same as the others. All accused without exception should be free, and those who are responsible for the torture should take their places.

The stories of the victims of Arman Sagynbaev are here:
http://arman.people.ru.net/en/

What is the domain people.ru

What is the domain people.ru.net? it is a government domain, not for common public. So, who is telling the story, and is it true?