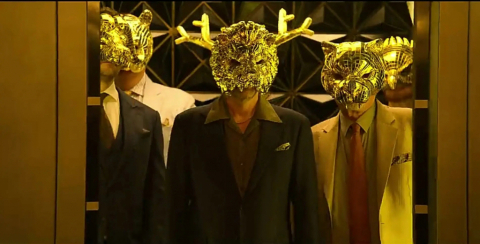 Hi! Today is Sunday, 5 of June and we continue our podcast “Trends of order and chaos”. This is the episode 57. Here are the main stories on the agenda for the past week.

One hundred days of War

This week marked 100 days from Kremlin’s attack on Ukraine. No good news here. Russian army obviously doesn’t have enough power to crush Ukrainians, yet. As victories, they present the occupations of small localities on Donbass.

The front has already extended on a large, by military standards, territory – comparable, for instance, to that of Italy. The aggressor doesn’t have enough soldiers to contain the occupied territories – Ukrainians counterattack, in times re-occupying small, separate localities. Civilians die from the shelling – rockets land on residential neighborhoods from both sides of the front.

NATO member-states deliver less ammunition, than necessary for a speedy victory over Kremlin. Perhaps, they are afraid that Putin will proceed with a nuclear war. Also, the crush of Russian army in Ukraine might provoke the collapse of Russia’s state apparatus: the international community is terrified (at the prospect) of a chaos in Russia which is crammed with atomic industry, nuclear weapon and other dangerous stuff, but also provides food, oil, gas etc. to a sizable portion of the planet.

All this is understandable, but (unfortunately) no one is really bothered by the fact that the death toll of Russian-Ukrainian war soon will be counted, not in tens, but in hundreds of thousands people.

Recently, in a friends’ Facebook post, I read a recount of a discussion the author of the post had with a friend from a provincial village. He told that many fellow-villagers join the army under contract. Yes, you can die, but in his village, realistically, one can earn up to 20 thousand rubles, meanwhile the army promises 200.

I thought: maybe Putin started this not only and not so much for the occupation of Ukraine, but to unleash the social pressure inside the country? Today in Russia the average age of almost every serious manager, businessman, owner is 50-70y.old. A new generation of Russians who want to live a comfortable life is here, but there is no social mobility.

Could a combine operator from a village in the hinterlands come to Moscow or St. Petersburg, become a successful manager, lawyer or IT specialist and gain 200k? Perhaps, they could, but, to put it mildly, not everyone. The social pressure is rising.

Remember the January events in Kazakhstan: when chaos took over the country, (and?) residents of Almaty’s outskirts went looting city’s affluent center? Perhaps, powers in Russia fear similar development of events. To start a war with neighbors is much easier than to create opportunities for citizens inside Russia.

Months prior to the war, the Korean series ‘Squid game’ popped up. According to the plot, some hundreds of disadvantaged, over-leveraged and in debt people were recruited to participate in a secret quest. Not immediately, but they agree on killing each other, as the winner will be awarded with a huge cash prize. Rich degenerates were watching the quest, betting on who will stay alive.

Amidst the Ukrainian war, Turkish dictator Erdogan re-enters with his army in Rojava, Syrian Kurdistan, which is the base of Kurdish partisans in Turkey. Erdogan relies on the fact that, against the background of the events in Ukraine, Western countries will need to have Turkey on their side. And Kurds won’t receive any support.

Anarchists are not indifferent to Rojava: there, an attempt to realize a number of our ideas is declared. We can recommend the telegram account , run by a Russian speaking anarchist, that lives in Rojava. She writes that for the time being things are ok, the number of military incidents doesn’t exceed the ordinary for the region. We continue to follow the situation.

In the newsletter I saw that State Duma yet again tightened and banned something. It’s not even interesting any more. Currently, it’s much more difficult to understand what is allowed in Russia, than what is forbidden. And laws are enforced however cops want.

Prices in stores skyrocketed so high that non-essential products stopped selling. Thereby, prices now are rather decreasing than increasing.

In the midst of June, they promise that MacDonald’s will open, in renewed format, under some weird name. Early versions were leaked in the press. As Coca Cola leaves the country, the remaining fast food chains replace it with “Drinks from Chernogolovka”. While, the brand “Sady Pridonya” is running out of dye – it was caming from the West – and now their juice packs are almost white.

As usual, there’s a lot of trash, surrounding sex issues. Notorious became the story of “gay-dance at school party” in Yekaterinburg. Things seemed to have ended well: parents stood up, the principle wasn’t fired. But, tele-propagandist Vladimir Soloviev continued his absurd war with Yekaterinburg, throwing dirt on the city, on air. Why authorities allow it, amidst an already tense situation in the country, is unknown. Apparently, the degradation affects all levels.

In Chechnya things are far worse: two men and two women, engaged in “inappropriate conduct” – their group-sex tape found its way into messaging apps – were simply murdered and buried in unmarked graves. In fact, according to media, their corpses were brought to the cemetery on an ambulance, escorted by the police. Ramzan – the hero of “special operation”, of course won’t be hold accountable.

There aren’t many, but they are some. Interesting lectures, discussions, workshops are held – many of them we announce on Avtonom.org. Printing cooperative “Napilnik” released the book «Первая типография «Народной воли»» – about how prohibited agitation was printed in the 19 century. Currently, this is a valuable experience: download from Avtonom.org new designs of anti-war stickers, learn from practices of Narodnaya Volya and print more!

By the way, a reminder, that we have an email newsletter. Subscribe - and receive each week on your email updates on the side , also the text of each podcast “Trends of order and chaos”. It’s unlikely that your email will be blocked.

Criminal persecutions for “justification of terrorism” - namely, the act of Michail Zhlobitsky - on the internet continue to appear. In 2028 a 17y. old anarchist detonated himself in the waiting room of Archangelsk FSB offices. The echo of that event still feeds Center E and FSB, who want to improve the statistics of “war against terrorism”. This is also a version of “Squid game”. It’s in the interests of all Russian citizens to end it as soon as possible.