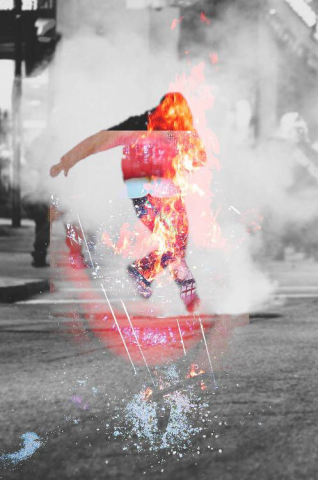 Father Frost against Putin has gathered together Finnish and Russian grassroots activists since 2014, being organised altogether 7 times, last time in 2020. Organising the festival has become increasingly difficult, due to unprecedented levels of repression in Russia, and the Finnish visa restrictions also hitting the Russian opposition against Putin. Despite all these challenges, we are once again inviting Russian activists to come to Finland, and we may also provide help with applying visas. But as there are no guarantees that visas will be granted, we will provide more opportunities for participation from a distance.

Together we (organizers / participants / guests) will create a temporary autonomous zone free from hierarchical forms of interaction and discrimination. The festival is organized by local activists, as well as participants from various horizontal initiatives, libertarian, left-oriented and anarchist communities in Russia and the post-Soviet area. During the festival we will co-create and establish new projects and connections, produce situational practices and knowledges, and exchange experiences as activists, artists and disciplinary researchers from different regions and countries.

Father Frost against Putin is a territory for the political imagination, creating and supporting alternative practices of coexisting - a way of thinking, speaking and acting in opposition to outdated cultural codes. A space for strategies and tactics of solidarity, synthesizing theoretical and practical approaches aimed at researching and transforming socio-political and cultural processes locally, while keeping global contexts in perspective.

All information about the festival program will be publicly available.

Dinner will be free for guests from abroad. We offer a vegan only menu in order to make our cuisine accessible to everyone.

The festival program will be held in Russian or English. If needed, they will be translated between English and Russian.

Overnight accommodation will only be provided for the first 40-50 participants who register for the festival (form to be sent via e-mail available below). The rest will have to book accommodation on their own. Only send the form if you need help with accommodation.

Festival will be organised in two locations, Oranssi and Ulrika. Address of Oranssi is Kaasutehtaankatu 1, rakennus 11. It is in a walking distance from metro stations Sörnäinen and Kalasatama. In Google maps.

All festival discussions and workshops will be in Oranssi.

In Saturday evening, there will be afterparty in Ulrika, Leppäsuonkatu 11. Ulrika is located in the basement of Domus Gaudium, and closest metro station is Kamppi.
In Google maps.

Both spaces are wheelchair accessible.

For visa information for travellers from Russia, check Russian version of the invitation.