Japan: The discharge of radioactive water will cause serious pollution of the sea 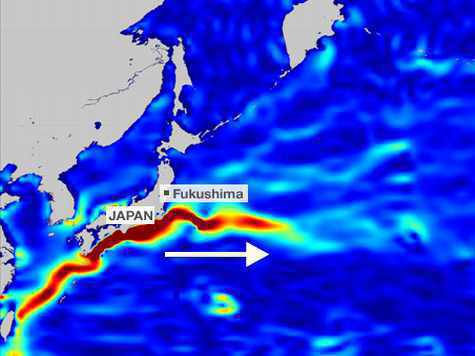 The company is the operator of nuclear power plant emergency TEPCO Fukushima-1 April 5 began dumping at sea of ​​11,500 tons of radioactive water. Discharge of water, say in TEPCO, is needed to free up space in the repository under even more contaminated with radioactive isotopes of water flowing from the damaged reactor station. Environmentalists are concerned about the effects of radiation on marine ecosystems and human health, eating seafood. East coast of Japan, where there is an emergency plant is important for fishing and extraction of other seafood.In this regard, Greenpeace considers it necessary as soon as possible to establish control over the consequences of radioactive contamination of sea water.

But given the lack of knowledge about the mechanisms of ocean pollution, these estimates are highly speculative. In addition, the greater the proportion of the population is exposed to even small doses of radiation, the higher the risk of adverse health effects in the future.

Greenpeace research has shown that seawater near Japan is already heavily infected.Analysis of algae, collected two weeks ago, about 40 kilometers from the emergency station, contained very high concentrations of radioactive isotopes, several thousand times the safe level (2,540,000 Bq / kg iodine and 2,650,000 Bq / kg Cs). Impact on marine ecosystems continues, and the dumping of large quantities of radioactive water will increase even more.

"TEPCO plan on dumping of radioactive water and the further pollution of sea areas, not only confirms once again the danger of nuclear power. He argues that the situation has still not been brought under control. Water flowing through the damaged reactor, contains not only the radioactive isotopes of iodine and cesium, but is very likely, and other elements contained in the fuel - such as cobalt and plutonium, "- said Jan Beranek, manager of energy programs Greenpeace International.