Spring Is Coming: Take to the Streets against the War 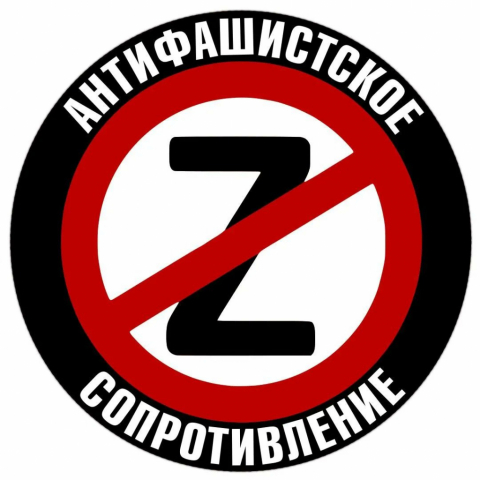 The Russian army has invaded Ukraine. Putin has lost his senses and his army is bombing cities, shooting civilians, and killing children. More than one million people have fled the country in order to escape from Putin’s “liberators.”

We refuse to submit to Russian military censorship. We say openly and clearly: this is war. This is a war of conquest and the Russian army is running it. With weapons in their hands, Ukrainians are successfully defending themselves from the invaders, but we, who are inside Russia, cannot stand aside from these events. We must show each other and the world that we are against this war, that only Putin and his gang need it. To be against the war is genuine anti-fascism right now.

March 6, this coming Sunday, is the general day of anti-war actions in Russia. Take the central square of your city! One of the meeting points in Moscow is the Square of the train stations at 15:00. There are also meetings at 19:00 and other times. Decide and organize for yourselves, team up with your friends. The main thing is to get out on the streets.

The Russian authorities are panicking now. They have realized that they are losing this war. That is why they hysterically threaten anti-war protesters—with expulsion, or with dismissal, or with immediate conscription into the army, or with jail. Don’t be afraid of them. Ukrainians in their cities go out into the streets with bare hands to protest against the invaders. They are standing against solders with riffles, against tanks. How can one be afraid of the rusty machinery of the Russian police?

We demand an immediate end to the war. We demand the immediate and unconditional withdrawal of Russian troops from Ukraine. This is the main condition for any further action: the aggression of the Russian Federation must stop. We must stop the slaughter of people. Yes, Putin didn’t ask us when he planned the invasion—but we didn’t stop him in time. So it is important to do it at least now.

Of course, our main goal now is to stop the war in Ukraine. But we have to fight for the future of Russia, as well. There isn’t much time left for this deranged dictator. His small victorious war didn’t go according to the plan and now his removal is only a matter of time and concrete means. But what happens next, after Putin?

The lands of the “Russian Federation” are now at a historical crossroads. The collapse of Putin’s regime may trigger the process of liberation. Sure, they won’t lead to anarchist ideals immediately—but at least Russia will no longer be at war with the rest of the world and with its own population. In this wave of changes, there will be opportunities for serious changes in the political system towards greater decentralization—for example, the complete abolition of the presidency and the transition to a parliamentary republic, which we have been talking about for a long time.

However, there’s another possibility for “what comes next” after Putin: the regime transforming into a pupal stage, into an even more authoritarian regime—the complete closure of all borders and the cessation of international contacts. Blocking half of the Internet in Russia tonight is only the first sign. There will no longer be any forces left for aggressive wars, but this will not make it easier for the inhabitants: they will find themselves in a state reminiscent of North Korea. And there is absolutely no anarchist movement in North Korea. None.

Now, in the coming days and weeks, we all have a unique window of opportunity. Putin’s authoritarian regime has made a fatal mistake and is reeling. If the psychopath in the Kremlin does not press the nuclear button, he will not live long. And now everything depends on us, the inhabitants of Russia. If we remain silent, then the agenda will quickly be hijacked by isolationists and conservatives, who are in the majority in the upper levels of power. But if we are active, we will win. A rusted leviathan needs only to be pushed and it will crumble into dust.

Winter is ending. Spring is coming.

Thanks to CrimethInc. for translation

Hi, I am living in the

Hi, I am living in the between between eastern and western Europe. I respect a lot what you do and I want to send you the best wishes: Do you have an idea how we can support you? I am a sheppard in the wood, but I have some friends in a city here in Romania and also friends in Bucharest, Berlin, Barcelona and other bigger citys. What can we do to fight together? Greetings and love!!!